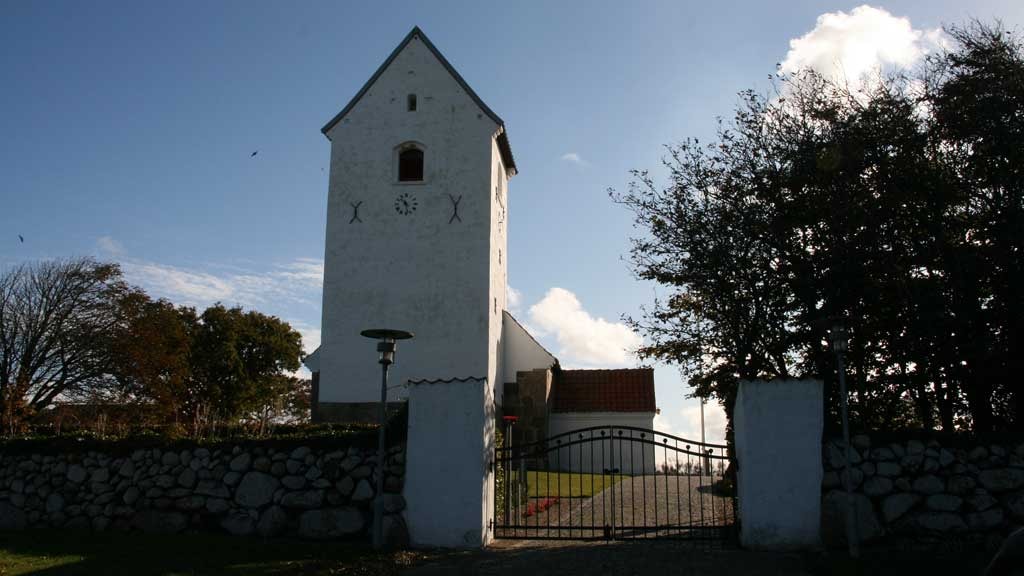 Surrounded by burial mounds, situated on a hill and dating back to the 12th Century, you see the church of Malle.

On the outer wall - towards east and north - are carved heads. One of the heads is interlaced with the figure of a lion, which may symbolise Marc, the Evangelist. Furthermore, there is a chessboard on the eastern side of the wall.

The altarpiece dates back to the year 1871 and is painted by Christine von Post. It represents the Victorious Christ as a child. He is standing on the Globe carrying a cross.

General opening hours: The church is closed.  A key is in the door during the day.